Krav Maga (krahv magah) is the official hand-to-hand combat system for the Israeli Defense Forces and has been embraced by local, state and federal law enforcement agencies across the United States and Special Operations Units around the world. It is the most comprehensive & realistic self-defense system in the world today. Krav Maga’s emphasis is on simple movements. By utilizing the body’s natural instincts and reflexes in a “fight or flight” situation, and transforming it into an effective self-defense technique, the need to “memorize” techniques is eliminated. Krav Maga incorporates realistic reenactments and students learn how to operate under the stress of an actual attack. Krav Maga increases self-confidence and mental preparedness and allows people of all ages and fitness levels to achieve a relatively high level of proficiency, awareness, and abilities within a relatively short period of time. Krav Maga’s emphasis on methods and drills also creates a fantastic head-to-toe workout. 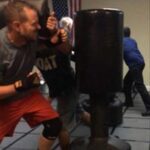 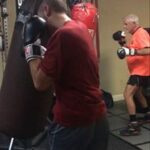 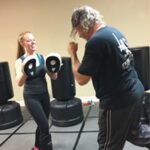 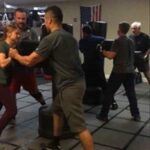 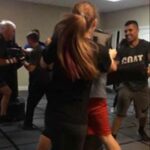